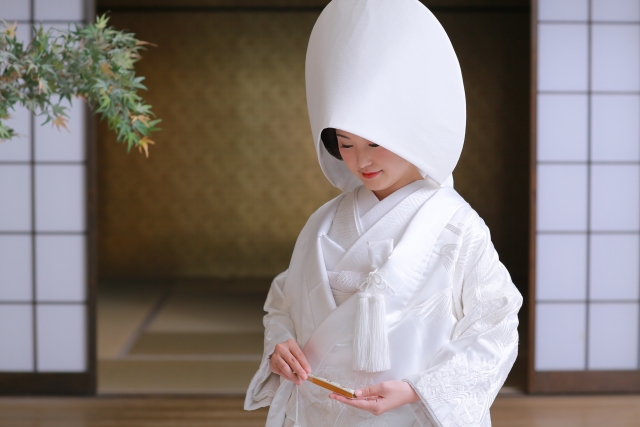 It is already June next month. The month of June Brides! June Bride is well known in Japan today, and most people wear wedding dresses. 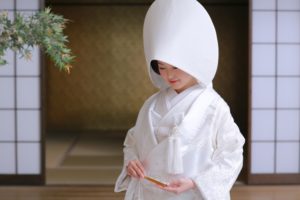 In Japan, there was a custom for brides to wear white kimono called “Shiromuku” from around the Heian period (794-1185).

Since white is a color that can be turned into any color, it perhaps meant that the bride would become a member of the groom’s family from now on. Until our grandparents’ generation, marriage was considered a union between families rather than a marriage between individuals in Japan. Also the color white means purity and was believed to ward off evil spirits, and white has long been used in the costumes of those who serve the gods.

Modern weddings are selectable and you can choose Japanese-style, Western-style, or public wedding ceremonies, (making vows in front of their family and guests), and usually couples choose themselves. Since most Japanese are not so religious, more than 50% of couples prefer western style but recently, Japanese-style seems to have become a trend, and the number of people wearing kimonos is increasing. 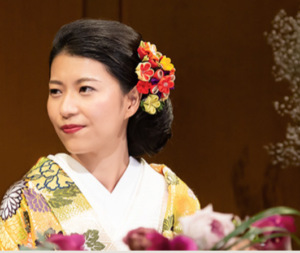 They wear “shiromuku” at the ceremony and wear “furisode” (long sleeved kimono) for wedding party. 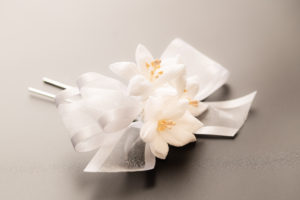 he lily kanzashi with white ribbon decoration. By using lilies, it also can be a boutonniere for the groom.  Techniques to make tsumami zaiku lilies are unique and interesting to learn. You can learn how to make lilies thru Tsumami kanzashi school online.