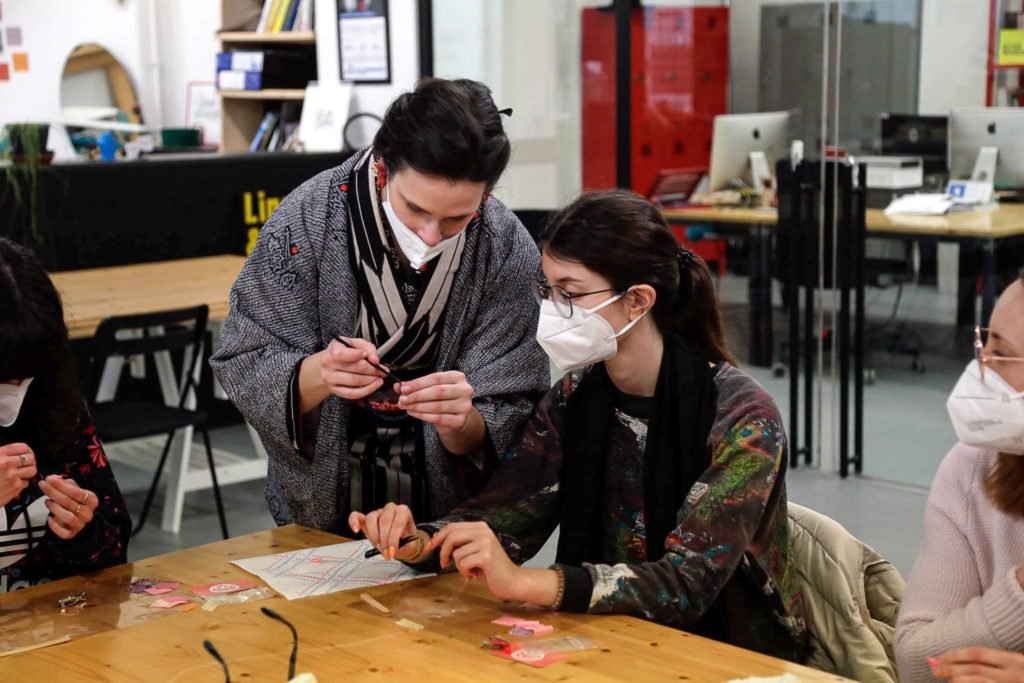 Last month, there were two events in Italy and Tsumami zaiku was introduced by Veronica Piccolo, the tsumami zaiku artist. 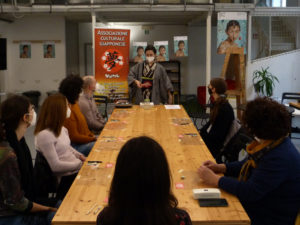 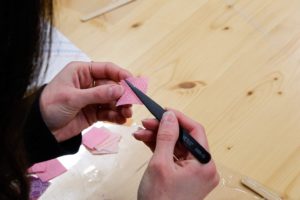 One event was IO CREO (I create) fair. It was a three days fair dedicated to handmade, in Pordenone, Italy which she lives.

She was with the Japanese Culture Association called Yume, they taught tsumami zaiku, origami, furoshiki and shodō. 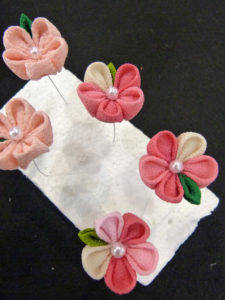 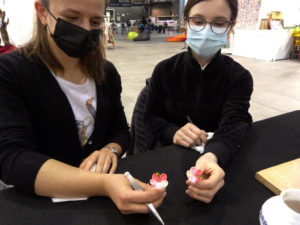 Another event was FAR EAST FILM FESTIVAL. It is an important festival with many movies from all around Asia in Udine, Italy. Along with film showing there are workshops, lectures and markets.

During the event, Veronica taught people to make Sakura with chirimen. 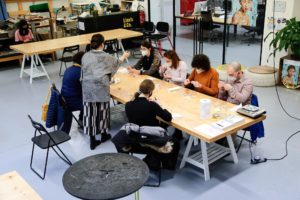 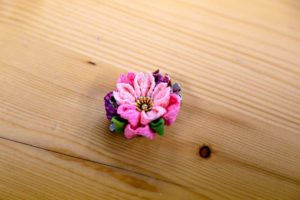 She says that people are usually amazed about the beauty of the chirimen and the use of the tweezers as guide for the fold. Most people would fold the petals with fingers so initially they use the tweezers only as help, but then I try to suggest to not manipulating too much the fabric with hands, because with tweezers we can be more precise.

Some people are always delicate and scared of ruining the petals, but when you  tell them that it is fixable, in the end they all agree that tsumami zaiku requests patience but no one is bothered by this. 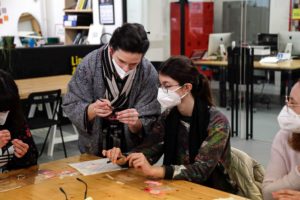 We are grateful to Veronica for spreading the traditional Japanese craft abroad in such a way.

If more people like Veronica who loves Tsumami zaiku and promote it in their own countries, I believe that there will be a bright hope for the future!

Thank you Veronica for sharing your experience!